IF YOU WANT TO READ THIS INTERVIEW IN ALBANIAN EDITION, PLEASE CLICK HERE.

Bleta ‘Bebe’ Rexha is the name that everyone knows from the first hearing. She is one of the most successful Albanians globally.

Born and raised in the United States of America but with a typical Albanian culture that stems from her background, Bebe Rexha, would become the favorite voice of millions of people around the world with her music, which more than a profession, is art in itself and deep in its meaning.

Bebe Rexha was noted when seven years ago she wrote the hit “The Monster” performed by Rihanna and Eminem, and since then there would be no “stop” on her path to success. Bebe this year brought to her fans the second album in her career, “Better Mistakes”, after the undisputed success she had with her first album “Expectations”, released three years ago. 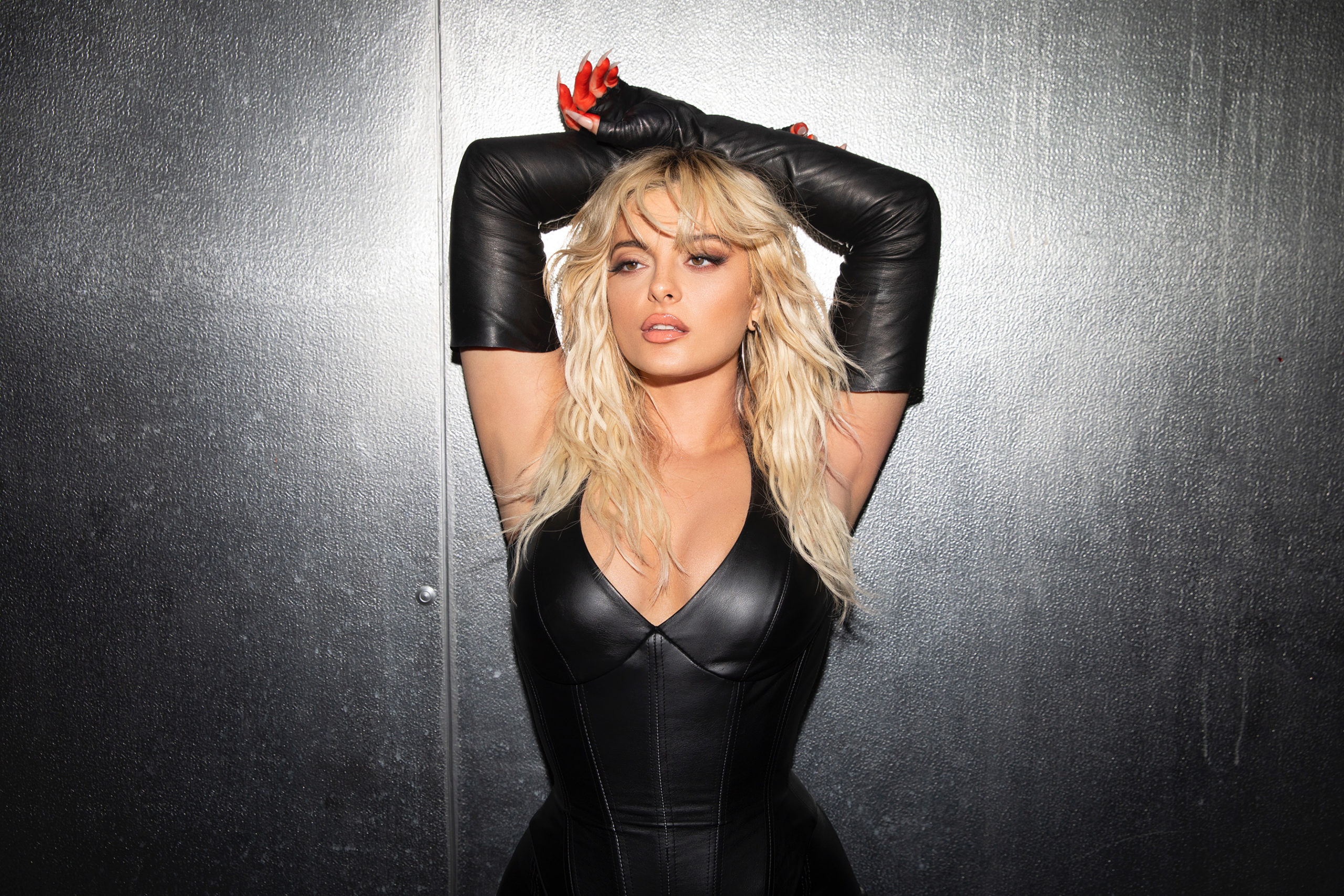 The world-famous Albanian artist comes to this exclusive interview for Telegrafi, to greet her Albanians and fans all over the world and to talk about the success of her second album, “Better Mistakes” – one of the best-selling albums of the moment in the international market.

Bebe, who is currently in the United States of America, also spoke about her desire to visit Kosovo, which has been a long-standing dream of hers, and it seems that it will be realized this year or next year at the latest…

Telegrafi: We have already spent more than a year with the COVID-19 pandemic. How have you and your family been all this difficult time?

Bebe Rexha: Thank God, my family has been really well. My parents got sick with COVID, but they are fine now and very strong. I’m very grateful that they are good. Thank you so much.

Telegrafi: You released your newest album “Better Mistakes” on may. Tell us a little about how long it took you to work on it and how happy you are that is now published?

Bebe Rexha: It took about 3 years to come, and I’m so happy that it’s out now. I worked so hard on it. I’m so grateful for it. I’m so happy for new music – because making music it’s my first passion, so you know. 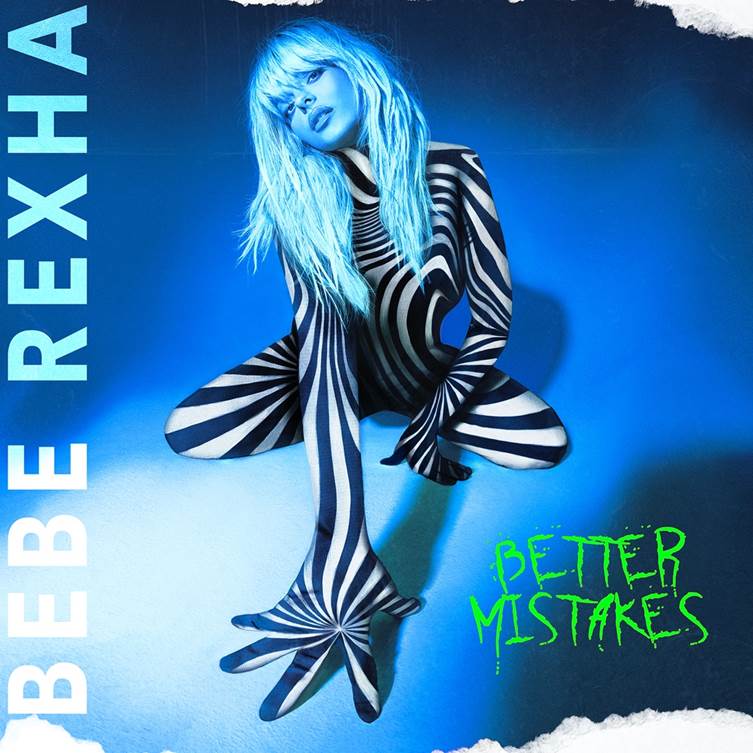 The cover of “Better Mistakes” (Find the whole album HERE)

Telegrafi: Why did you name it “Better Mistakes”?

Telegrafi: You have expressed that many of the songs on this album are inspired by your mental health. You have always spoken openly on this topic, what is the message you want to send through your songs?

Bebe Rexha: I just want, you know, people and kids around the world to not feel alone and to know that they are strong and they can overcome anything that they put their mind to. And, I just wanted to write songs that, you know, made people feel like they were not alone and, you know, and can listen to my songs and know that I’m there for them. 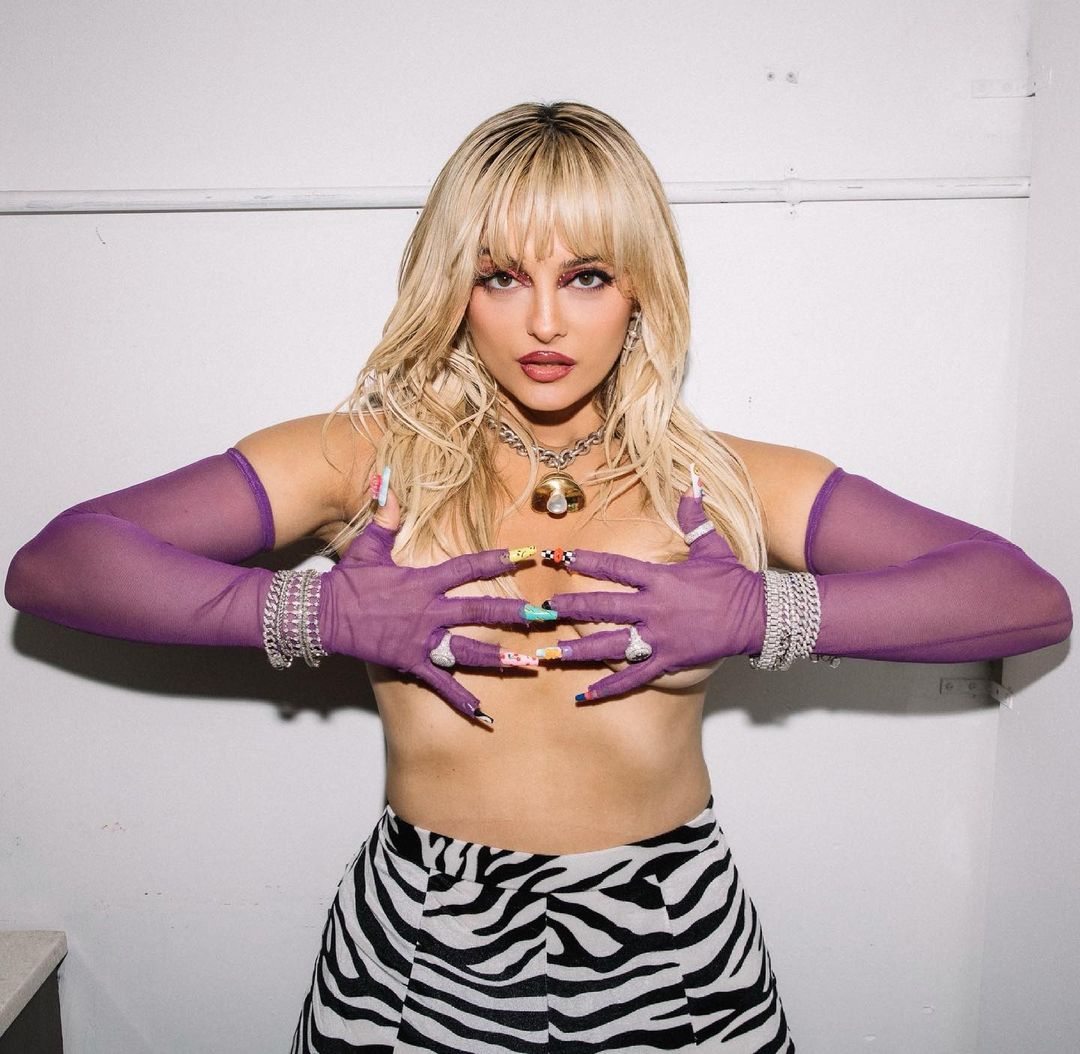 Telegrafi: “Better Mistakes” was supposed to be published last year, but was delayed by the pandemic. Did you feel a little sorry that you had to let the fans wait?

Telegrafi: It has been almost 2 years since you visited Albania (families affected by the earthquake). How did you feel when you saw that because of you, one family had a new home?

Bebe Rexha: I’ve never been to Kosovo. I would really love to go to Kosovo. I’ve never been, I’ve been to Tirana and it was a very, you know, it was a tough time. I was on tour at the time and I had two days to fly out. So we flew out. We raised some money and we helped, you know, we build the house. And honestly, I just did it because I just felt like, I wanted to bring awareness to what was happening with the earthquakes. And I just felt like I needed to use my platform and might as well bring awareness. You know, I want to bring awareness to my culture and the country that my family comes from. And that was really important to me.

Telegrafi: When is Bebe Rexha expected to come to Albania or Kosovo again?

Bebe Rexha: Really excited. I want to go so bad. I just never had time and I want to, I really, really want to go home.

Telegrafi: “Meant to be” is without a doubt one of your greatest successes. Recently this song reached 1 billion listeners on YouTube and Spotify. Have you ever imagined having this success in the country genre?

Bebe Rexha: I never, never did, but I wrote the song with a country band and it was just a pleasant surprise. I’m very proud of it. And, I’m very proud to be a writer and to be a part of the song. And yeah, I was very shocked.

Telegrafi: Intentionally I asked you about the concept of the album and mental health. You released the album exactly during May, which is known as a mental health awareness month. What would be your message to those people who are not feeling well and are suffering in these moments?

Bebe Rexha: Oh my God. I love Albanian food. Really love all they include, like, we’re very, you know cultured. I love ‘burek’ and ‘fasule’ and I just love Albanian food so much, but ‘burek’ is my favorite. Then ‘fli’, so like, those are my favorite and we always make it all the time. I know how to make it. I actually was learning how to cook it. I didn’t do a great job. It was okay. I make most of the time (the cooking) myself, and is not very easy for me, but, I love Albanian food. I love cooking, like love. 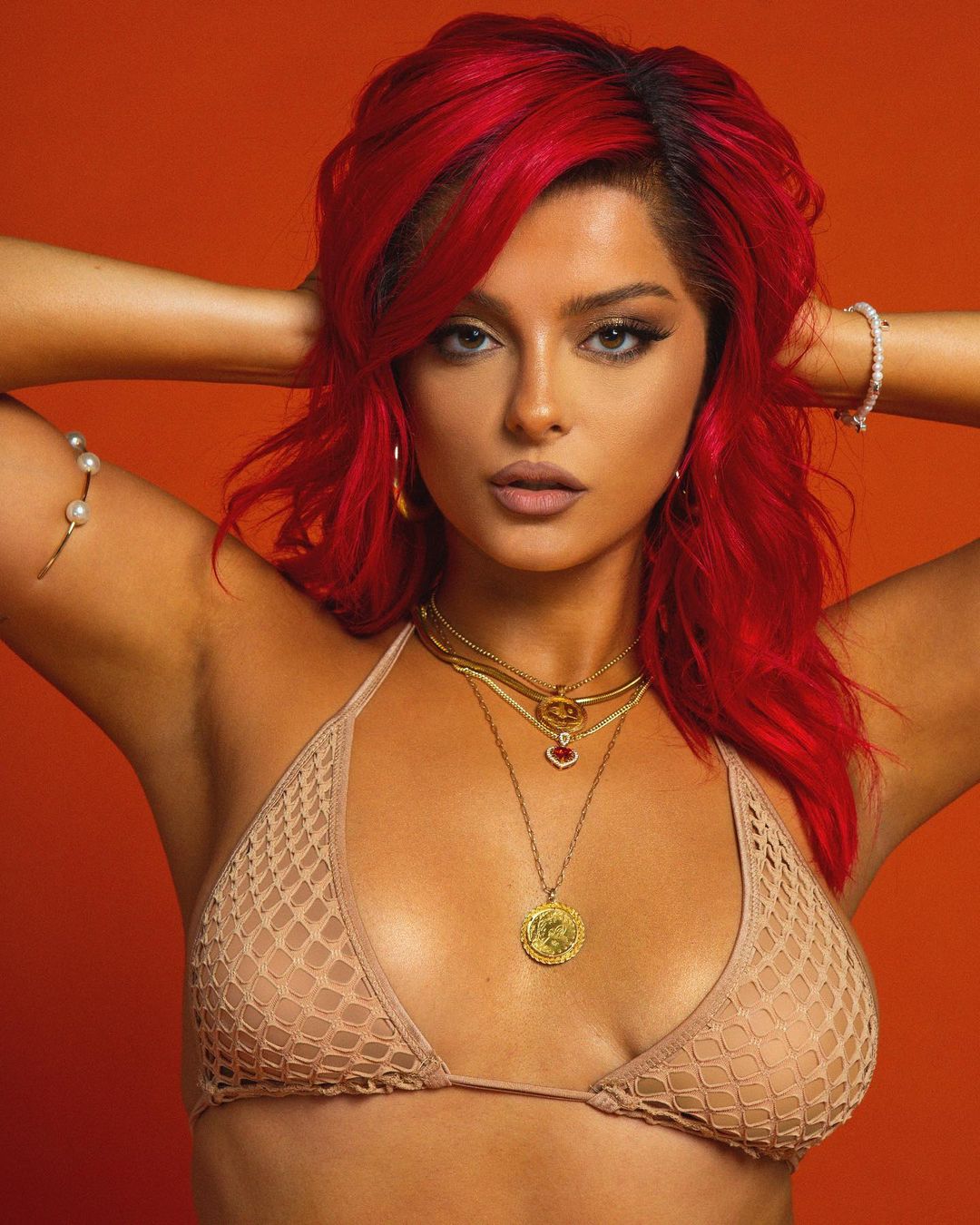 Telegrafi: Bebe, thank you so much for the interview. In the end, would you like to say a message for your many Albanian fans?

Bebe Rexha: I can’t wait to come in Kosovo. I’m proud to be Albanian, and I just can’t wait to see all my Albanian fans. I just can’t wait to go to Kosovo and to see it, I’m very excited. We are very strong people and we’re very passionate and we work very hard for everything that we have, and I’m really excited and I’m very happy from all the success that are coming from Albanian artists. It shows that we are strong and we are talented and it makes me very emotional. And I just can’t wait to see what other artists are coming from Kosovo and Albania. I’m just excited for the future of our people. I just think that we have so much, so many opportunities and so many beautiful things coming from our country. So I’m really excited. And I just, I really can’t wait. It’s like a dream of mine to come in Kosovo, maybe I’ll come this year, or maybe in the next year, I don’t know but I really want to go. Maybe I’ll come for a little bit. I would love to, it’s been a dream of mine. /Telegrafi/ 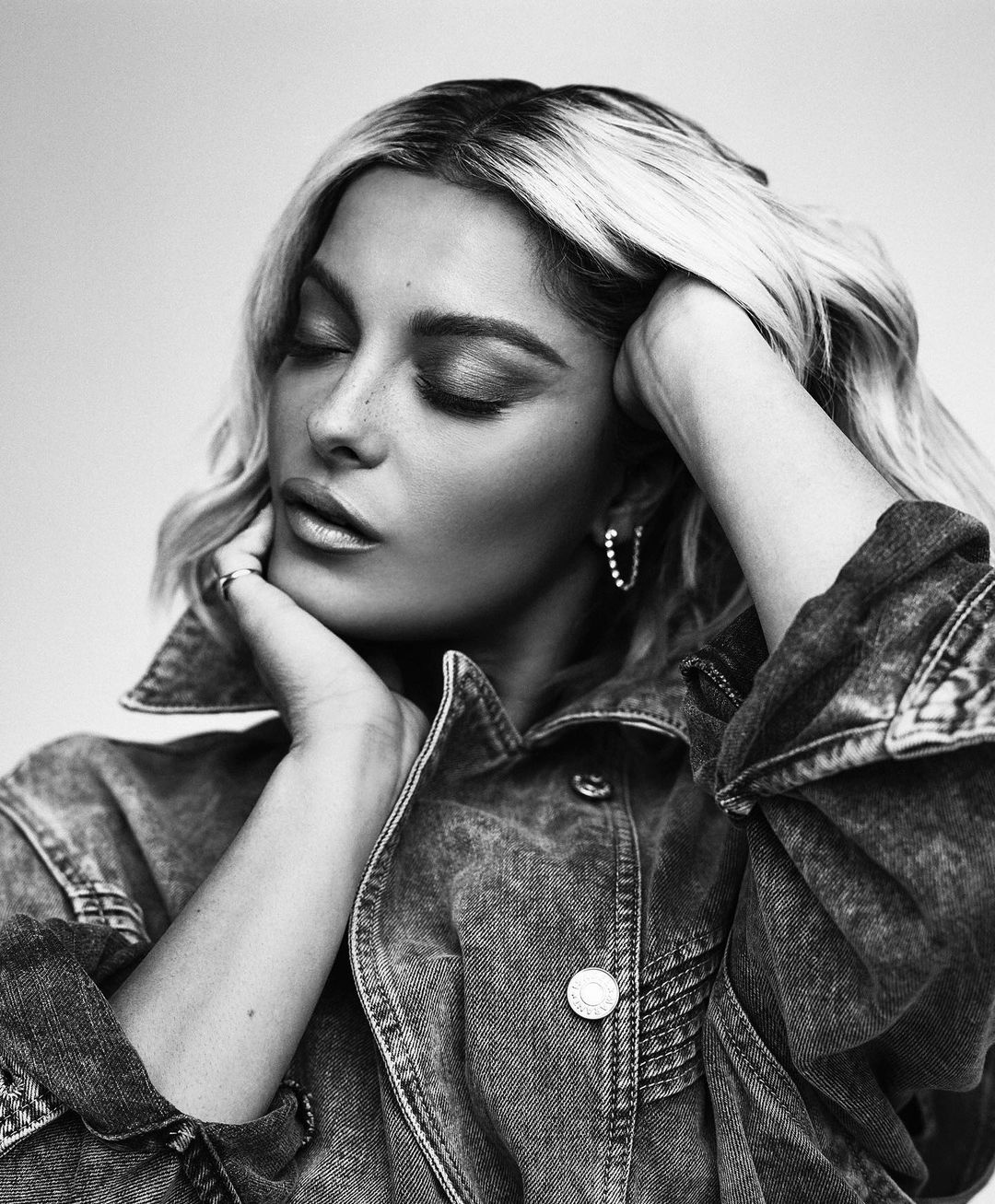 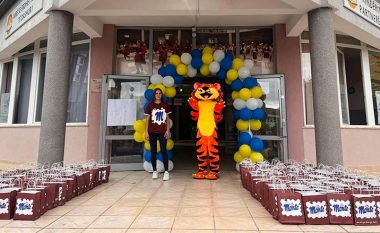 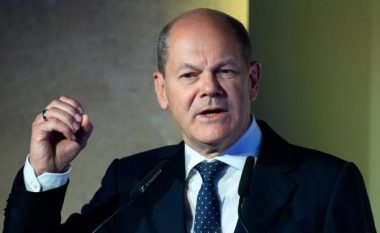 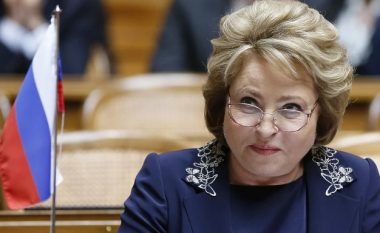 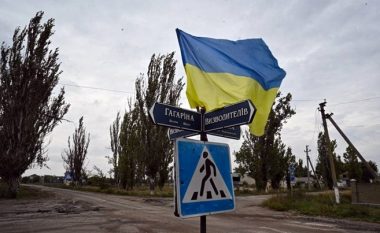 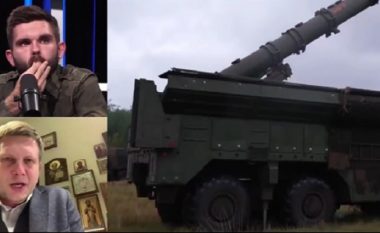 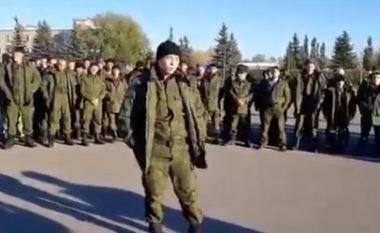 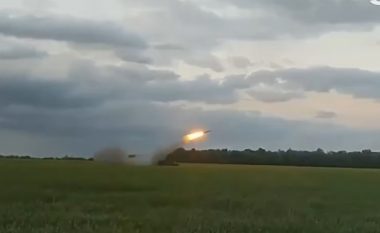 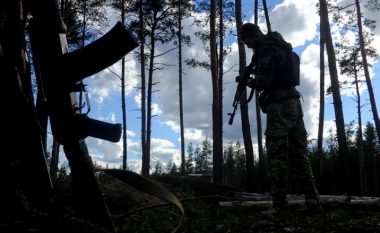 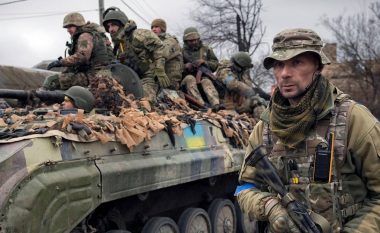 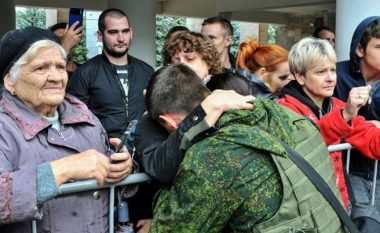 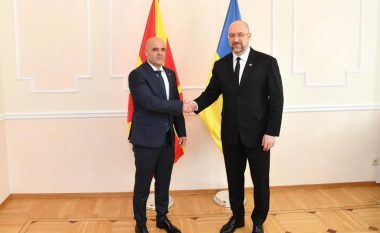